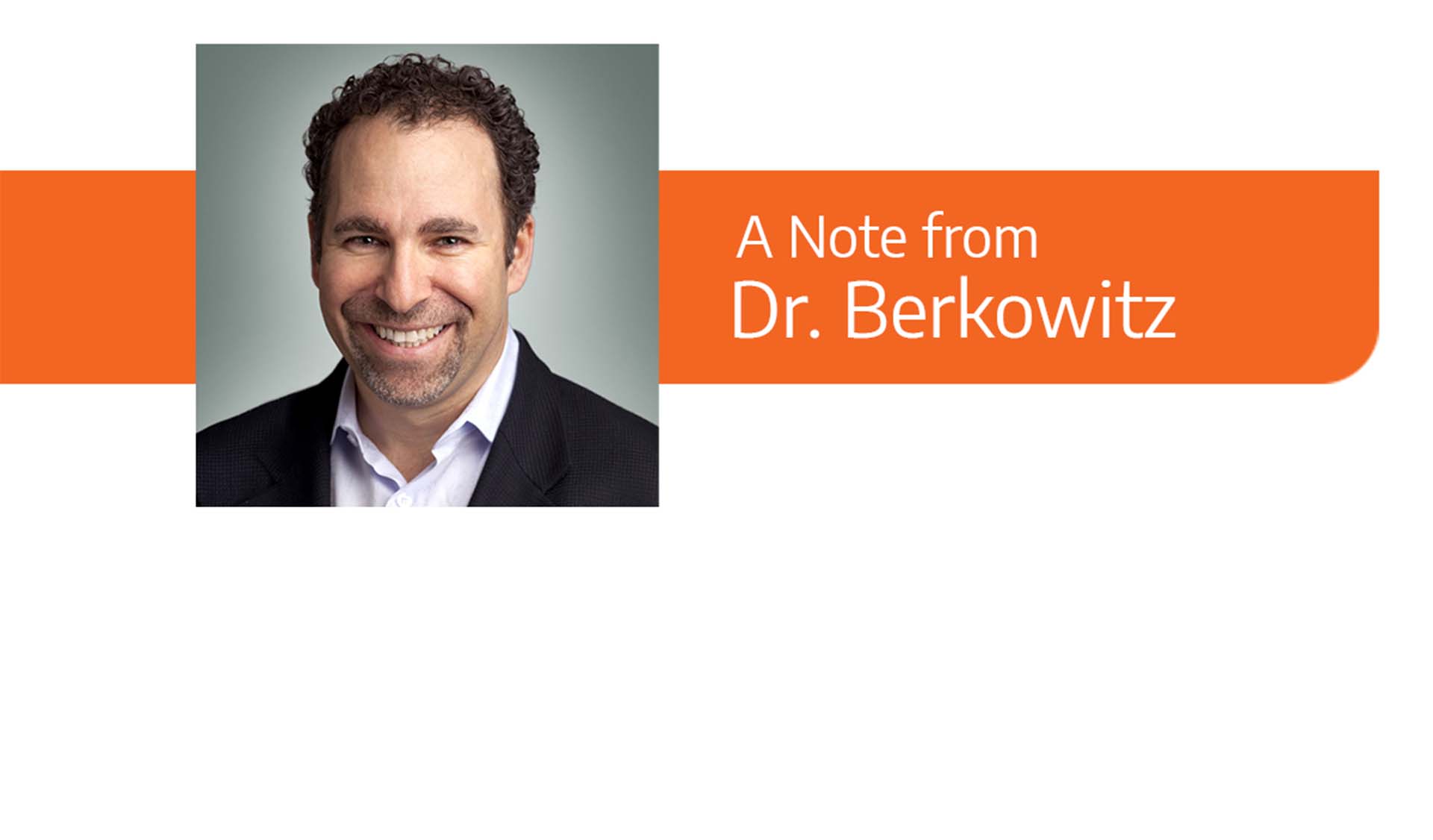 A Note from Dr. Berkowitz

Early Numbers Suggest Flu Season Will Be Worse This Year. Telehealth Can Help.

The 2019 – 2020 flu season is shaping up to be more severe than last year, but for those who do contract the virus, virtual visits represent a treatment option that eases the burden by being available quickly and easily.

According to MDLIVE’s proprietary data, we have seen the start of U.S. flu activity (as measured by the percentage of overall visits) since around mid-July. The U.S. flu activity progression mirrors what the data in Australia has shown and indicates that U.S. flu trends lag Australia’s by between four and five months.

Our models predict that peak flu season will hit the U.S. in November and December.

Flu by the numbers

The 2017 – 2018 flu season, the most recent season for which detailed statistics from the U.S. Centers for Disease Control and Prevention (CDC) are available, was characterized by high severity with unusually high levels of outpatient flu-like illness, hospitalizations rates, and influenza-associated deaths. An estimated 48.8 million people became sick with influenza, 22.7 million saw a healthcare provider, 959,000 were hospitalized, and 79,400 Americans died from the virus.

The Flu can clearly affect many people, and have devastating effects in some, especially those who are a higher risk (as defined below)>

Who is most at-risk for the Flu?

While it’s recommended (and encouraged by MDLIVE!) for everyone older than 6 months to obtain flu vaccination, the reality is that many don’t and, regardless, it isn’t foolproof. While recent studies show that flu vaccination reduces the risk of flu illness by between 40% and 60%, that statistic comes with an important caveat – the numbers are only that high during seasons when most available flu viruses are well-matched to the flu vaccine.

That means those at higher risk from the Flu need always to be more careful. Major risk factors include:

What to do if you get the Flu

Members of the at-risk populations above should consult a physician immediately upon developing flu symptoms, which include: fever, cough, sore throat, muscle and body aches, headaches, and fatigue. Antiviral drugs that fight the flu virus in the body may be an option for those who develop the Flu if started within 48 hours of developing the first symptoms. See home treatments, below. 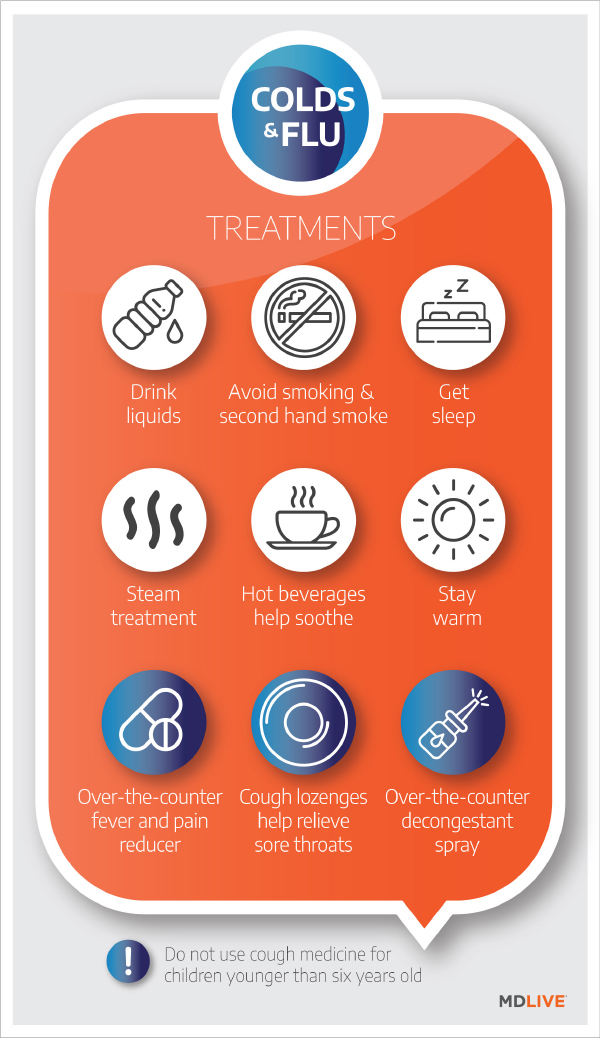 For many flu patients, virtual visits may be a more convenient, cost-effective option than a visit to and wait at the doctor’s office.

MDLIVE provides patients with 24/7 access to a network of board-certified doctors and pediatricians who can diagnose whether patients have a common cold, head cold, cold virus, the Flu, or something else, and develop an appropriate treatment plan.

All visits are done via phone or secure video, from anywhere, using a smartphone, tablet, or PC, allowing patients to visit a doctor from the comfort of their own homes. If a prescription, such as an antiviral medication, is required, it can quickly be sent electronically to the nearest pharmacy.

We sincerely hope you escape this season flu-free, but if you’re not one of the lucky ones, a virtual visit may be just what the doctor ordered.

Get a head-start on the cold and flu season by taking preventative measures to keep yourself healthy and download the MDLIVE app now: DOWNLOAD THE APP NOW.

Lyle Berkowitz, MD, FACP, FHIMSS is a primary care physician, a digital healthcare innovator and a health tech entrepreneur. He has a long history of intersecting clinical, information technology and innovation responsibilities with executive management, business and entrepreneurial roles.

For much of the past 20 years, Dr. Berkowitz has helped lead IT and Innovation at Northwestern Medicine, a top 15 healthcare system with annual revenue of over $5 billion dollars. He has additionally helped start and manage several healthcare IT companies in that time frame, and currently sits on the boards of healthfinch, Oneview Healthcare, and Intelligent Locations.

He additionally serves on the Advisory Boards of the Innovation Learning Network (ILN) and the Association of Medical Directors of Information Systems (AMDIS), is a member of the Editorial Board for Clinical Innovation + Technology, and is the author of Innovation with Information Technologies in Healthcare. He has been listed as one of HealthLeader’s “Twenty People Who Make Healthcare Better”; Healthspottr’s “Future Health Top 100”, and Modern Healthcare’s “Top 25 Clinical Informaticists”.

He graduated with a Biomedical Engineering degree from the University of Pennsylvania and is an Associate Professor of Clinical Medicine at the Feinberg School of Medicine at Northwestern University. He has been elected to Fellowship in both the American College of Physicians (ACP) and the Healthcare Information Management Systems Society (HIMSS).

The contents of the MDLIVE site are for informational purposes only and are not a substitute for professional medical advice, diagnosis, or treatment. Always seek the advice of your physician or other qualified health provider with any questions you may have regarding a medical condition. Never disregard professional medical advice or delay in seeking it because of something you have read on the MDLIVE Site. If you think you may have a medical emergency, call your doctor or 911 immediately. See terms of use for more details www.mdlive.com/terms-of-use/