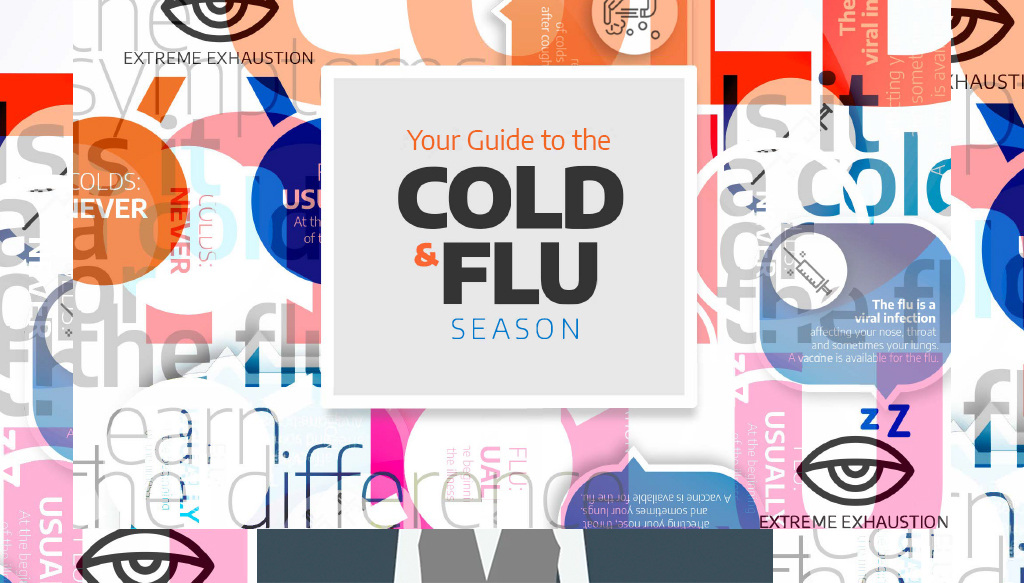 MDLIVE Your Cold and Flu Resource

MDLIVE, The Nation’s Largest Telehealth Network, treats thousands of cases of colds and the flu a year.

We’ve compiled a cold & flu guide to help you recognize symptoms of both; understand the differences and find the best treatment so that you can feel your healthy self, again. Learning the difference between a cold and a flu can help you recover quicker and prevent you from getting sick again.

Watch this video to understand the difference. 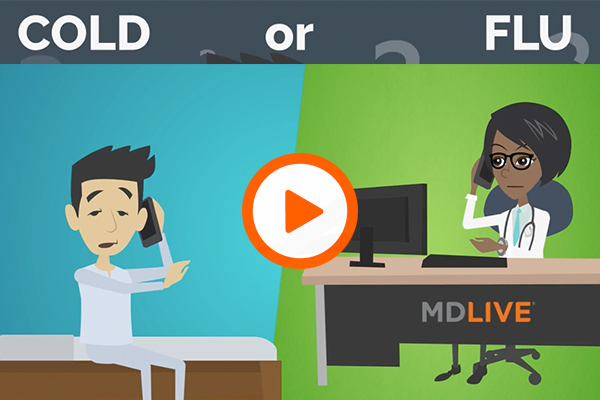 Learning the difference between a cold and a flu

can help you recover quicker and prevent you from getting sick again.

When you begin to feel sick, more than likely your focused on doing what it takes to make you feel better, instead of pin-pointing the precise reason or diagnosis of what’s making you sick. This is especially true if it’s difficult to tell. Yet, It’s important to know if what you’re experiencing is a common cold or more serious influenza so that you can be correctly treated. 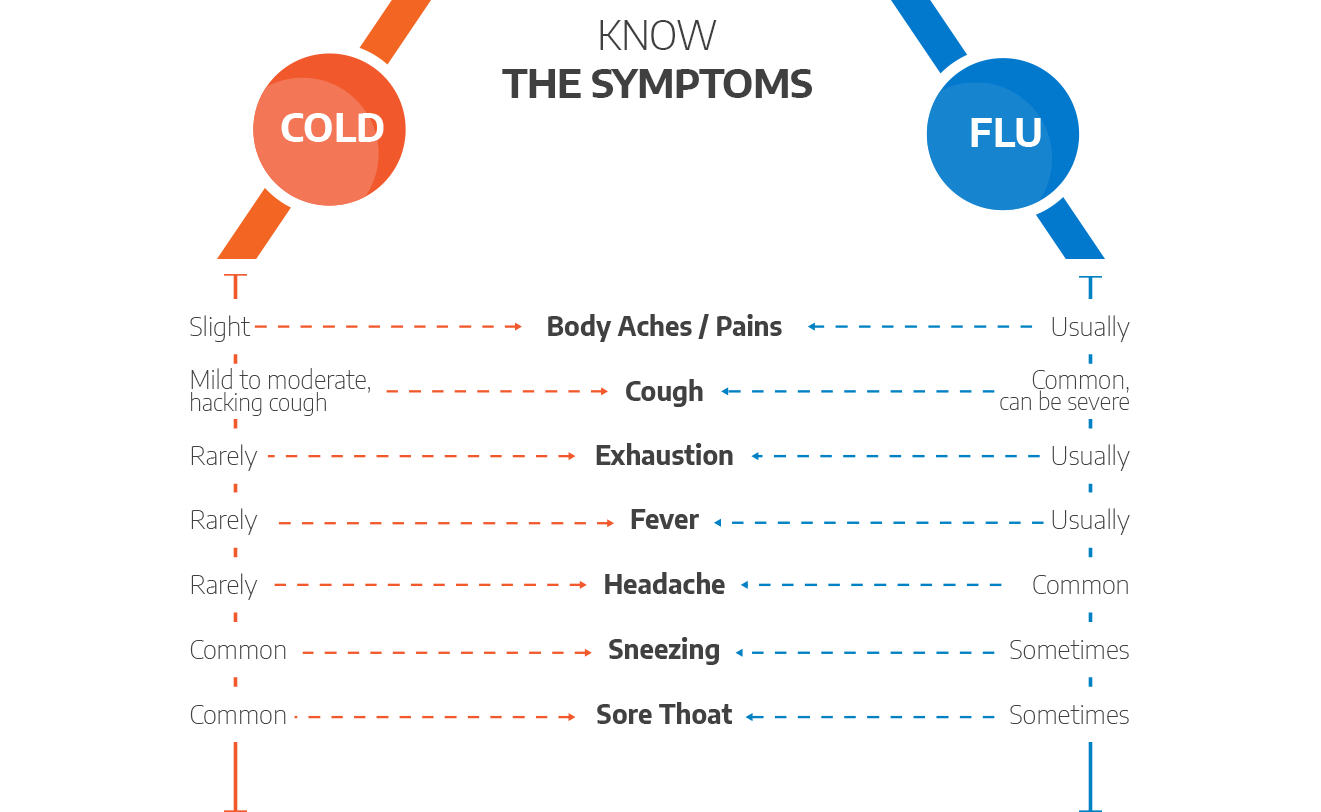 What causes a cold or flu?

Since many cold and flu symptoms are the same, it’s important to know the difference between the two to be able to treat them effectively and avoid them from developing into more serious and possibly chronic conditions.

The common cold is a type of viral infection that affects the respiratory system – nose, mouth, sinuses, and lungs. Colds usually last about a week to 10 days, depending on the person and their overall health. The Centers for Disease Control and Prevention (CDC) states in many cases, the body fights to eliminate the infection without ever needing medical treatment.

One reason that a cold virus is successful at spreading among people is that an infected person is most contagious the day before they begin feeling symptoms. To prevent catching a cold, be vigilant about washing your hands, not touching your face, and avoid places where the virus may lurk. The cold virus can live outside the body for a few hours, which means that a person may pass a cold on to others by sharing glasses, plates, or touching surfaces. A cold is spread from one person to another through droplets or vapor when a sick person coughs, sneezes, or blows their nose. Mucus and saliva pass through the airways of another person, and the infection starts there.

The flu, like a common cold, is a respiratory illness that is difficult to tell apart by the symptoms. Although there is a flu season, which ranges from October to mid-May people can catch the flu all year round, again, making it easier to mistake for a cold. Unlike a common cold, the flu causes several deaths each year. The seriousness of the flu is why it’s essential to know the difference between the two, so you can visit a doctor who can prescribe medication if needed.

The flu spreads in the same way that a cold spreads, through contagious people sharing objects that have been infected by mucus and saliva. If you suspect that may have the flu or exposed to someone who has, it’s important to be aware of the symptom. There are ways to avoid getting the flu, one being a flu shot. According to the CDC. “While vaccine effectiveness (VE) can vary, recent studies show that flu vaccination reduces the risk of flu illness by between 40% and 60% among the overall population during seasons when most circulating flu viruses are well-matched to the flu vaccine.”

“The flu spreads the same way that a cold does,

through contagious people sharing objects that have been infected by mucus and saliva.”

Still not sure if it’s a cold or flu?

MDLIVE’s friendly, board-certified doctors are revolutionizing remote access to quality healthcare. They are professionally trained to use virtual technology to diagnose and treat colds and the flu among other non-emergency conditions. The doctors are board-certified and have an average of 15 years of experience.

Reference and research:
Vaccine Effectiveness: How Well Do the Flu Vaccines Work?
Influenza vs the Common Cold: Symptoms and Treatment
All About the Flu and How to Prevent It

The contents of the MDLIVE site are for informational purposes only and are not a substitute for professional medical advice, diagnosis, or treatment. Always seek the advice of your physician or other qualified health provider with any questions you may have regarding a medical condition. Never disregard professional medical advice or delay in seeking it because of something you have read on the MDLIVE Site. If you think you may have a medical emergency, call your doctor or 911 immediately. See terms of use for more details www.mdlive.com/terms-of-use/